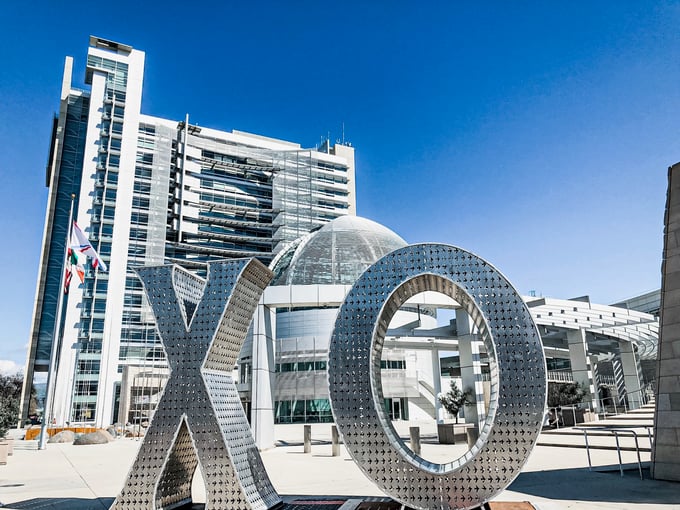 Last year San Jose was ranked second in world’s fastest growing cities by Brookings, in terms of fastest-growing economy. According to the report, San Jose experienced remarkable job creation and income growth. San Jose also outperformed national averages and nearly all other metro areas on productivity and median wage growth over the past five years. And it seems like that is only the tip of the iceberg.

According to Bisnow, property sales in downtown San Jose exceeded $1.4 billion in the 12 months ended in September 2018, three times the previous 12 months. And according to recent CoStar analytics, market cost per square foot in San Jose has risen 12.4% to a whopping $614 per square foot. With more than 30 development projects in the pipeline totaling more than 23 million square feet of potential new office space, 7,600 new residential units and more than 650 new hotel rooms, according to a recent tally of proposed projects in the commercial core by the Business Journal, San Jose will soon be adding 8.6 million square feet of development in and around the downtown core.

But the most critical element to all of this expansion is the people. With the projected creation of thousands of new local jobs and businesses, it is forecasted that all of this expansion will bring more than 50k additional people to the downtown San Jose core. All of the additional people will create a new sense of place where local retail and restaurants thrive. Ultimately improving the quality of life ecosystem that downtown San Jose has lacked for so many years.  At this pace, it’s clear to see that San Jose may be a smart investment, provided the investment objectives of the fund are in alignment with investors’ goals.

FOR ACCREDITED INVESTORS ONLY. AN INVESTMENT IN THIS OFFERING IS SPECULATIVE AND INVOLVES SIGNIFICANT RISKS.

THIS WEBSITE IS INTENDED ONLY FOR ACCREDITED INVESTORS, AS DEFINED IN RULE 501(a) OF REGULATION D UNDER THE SECURITIES ACT OF 1933, AS AMENDED AND INCLUDING ALL APPLICABLE REGULATIONS, THAT ARE INTERESTED IN POTENTIALLY INVESTING WITH URBAN CATALYST DIRECTLY, AND IS NOT INTENDED FOR ANY PROSPECTIVE INVESTOR THAT IS REPRESENTED BY AN INVESTMENT ADVISOR, REGISTERED REPRESENTATIVE, OR OTHER SIMILARLY LICENSED PERSON THAT IS OR MAY BE ASSISTING YOU IN ANY POTENTIAL INVESTMENT WITH URBAN CATALYST.

THIS WEBSITE CONTENT IS NEITHER AN OFFER TO SELL NOR A SOLICITATION OF AN OFFER TO BUY SECURITIES.  THE OFFERING AND SALE OF INTERESTS IN ANY URBAN CATALYST FUND (“URBAN”) IS BEING MADE ONLY BY DELIVERY OF URBAN’S PRIVATE PLACEMENT MEMORANDUM (“PPM”), CERTAIN ORGANIZATIONAL DOCUMENTS, SUBSCRIPTION AGREEMENT, AND CERTAIN OTHER INFORMATION TO BE MADE AVAILABLE TO INVESTORS (COLLECTIVELY “OPERATING DOCUMENTS”) BY URBAN’S SPONSOR.

PAST PERFORMANCE IN NO GUARANTEE OF FUTURE RESULTS. ALL SECURITIES INVOLVE RISK AND MAY RESULT IN PARTIAL OR TOTAL LOSS. WHILE THE DATA WE USE FROM THIRD PARTIES IS BELIEVED TO BE RELIABLE, WE CANNOT ENSURE THE ACCURACY OR COMPLETENESS OF DATA PROVIDED BY OTHER THIRD PARTIES. NEITHER URBAN CAPITAL NOR ANY OF ITS AFFILIATES PROVIDE TAX ADVICE AND DO NOT REPRESENT IN ANY MANNER THAT THE OUTCOMES DESCRIBED HEREIN WILL RESULT IN ANY PARTICULAR TAX CONSEQUENCE. PROSPECTIVE INVESTORS SHOULD CONFER WITH THEIR PERSONAL TAX ADVISORS REGARDING THE TAX CONSEQUENCES BASED ON THEIR PARTICULAR CIRCUMSTANCES.

THE ABOVE MATERIAL CANNOT BE ALTERED, REVISED, AND/OR MODIFIED WITHOUT THE EXPRESS WRITTEN CONSENT OF URBAN CATALYST.