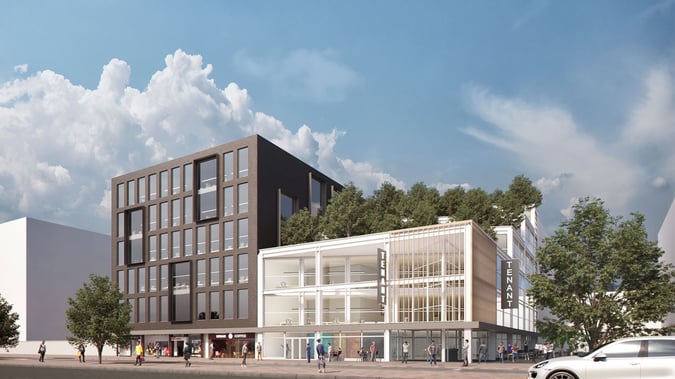 In a recent interview with Bloomberg, Urban Catalyst founder Erik Hayden mentions how the time has finally come for downtown San Jose to stop being overshadowed by San Francisco’s towers and Silicon Valley’s tech campuses.

With Urban Catalyst’s latest purchase, a $24 million deal for a shuttered movie theater—the Paseo—the company has become one of the most active developers in San Jose. Urban Catalyst recently announced plans for apartments, offices, a Marriott-branded hotel and even a senior-living facility, all near the planned Google campus. According to Hayden, being in an opportunity zone is one of the major reasons the company has interest in downtown San Jose. Plus, investors who've made money in tech can now parlay some of their capital gains into redeveloping San Jose—something they might not have done absent the tax benefits. This assertion has been debated since the controversial incentives in the tax package were signed into law in 2017. Critics argue opportunity zones are a waste of tax dollars, while proponents say that due to this legislation, investments can happen faster and bigger.

San Jose is an interesting case study for this debate has been trying to bring jobs and businesses to downtown for years. Now, transit upgrades are moving forward, and Google is snapping up properties for a new campus. CBRE Group Inc. estimates developers may deliver nearly 14 million square feet of office space to the city’s business district. Erik himself estimates Urban Catalyst developments will contribute about $25 million toward affordable housing, enough to create more than 120 below-market units. Urban Catalyst's projects will also add $100 million to local coffers in property taxes through 2030, more than the tax breaks investors will likely reap because of the opportunity-zone benefits.

By investing in opportunity zones in 2019 you get a 15% discount when you pay your capital gains tax, (consult with your attorney and lawyer and note tax regulations are subject to change). That discount is reduced to only 10% if you don’t invest by December 31, 2019. Click here to learn more and take advantage full benefits of the opportunity zone legislation.

A job creation engine, Silicon Valley is filled with companies that are growing and expanding, driving the need for offices and ...
Start Reading
Valarie Klopping Mar 19, 2019 1:04:14 PM 1 min read

It might surprise you to learn that the San Francisco job engine is turning Oakland into the hottest housing market in the Bay ...
Start Reading