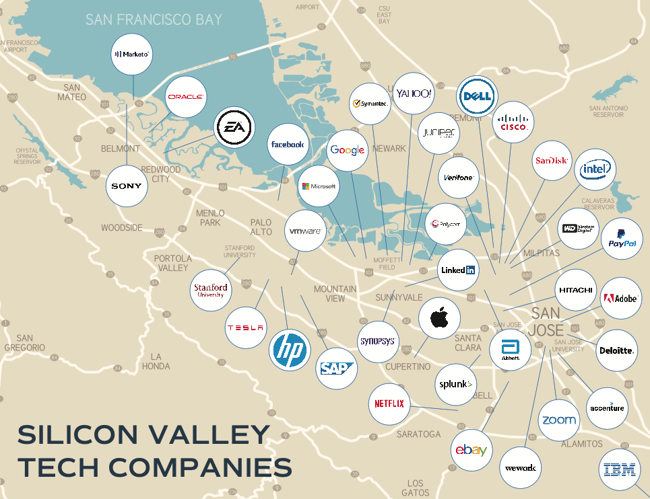 I have spent the last 4 months digging into everything Real Estate, Silicon Valley and Northern California. There is so much great stuff happening here and so many opportunities it can be paralyzing to know what to do. That said, of all the stuff I have been digging into and doing, the benefits for investing in Opportunity Zones is on my front burner because some of the benefits expire at the end of the year. I have written about them before and have had a lot of people ask me about how they can leverage Opportunity Zones in their portfolio. Well here you go...

There are Opportunity Zone funds across the country and many of them are being offered through the big financial institutions. I like financial institutions in the right situation, but what I don't like is their properties aren't here where I know the market. That led me to Urban Catalyst in downtown San Jose. An Opportunity Zone fund founded by local people, building in downtown San Jose...the HUB and future of Silicon Valley.

Validating all of this is Google, which just released plans to build their largest campus on earth in downtown San Jose. I believe that many other tech companies and startups will follow suit. San Jose already has the infrastructure in place to facilitate this tech migration, with great freeways, a 35,000 student urban campus (San Jose State – future job force), SAP Arena, Avaya Stadium, the Convention Center, Mineta International Airport, BART coming to town, and multiple destinations like The Tech, SJ Museum of Art, San Pedro Square Market and the California Theatre.

About Tom:  Tom Tognoli has be 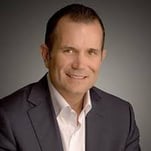 en one of the most influential leaders in Bay Area real estate for over 30 years. He is an entrepreneur, developer, and investor in Silicon Valley. In 2002 Tom and his partners started Intero. This was a bold move, as it was during the dot-com-bust and the real estate market was a mess, however Tom saw this downturn as an opportunity. Intero began to flourish and eat up market share becoming a house-hold name in Silicon Valley real estate.

In 2014, Intero’s dominance in the Silicon Valley real estate market earned the attention of Warren Buffet’s Berkshire Hathaway. Intero was acquired by HomeServices of America, Inc., a Berkshire Hathaway affiliate. Tom was tapped to be the CEO of Intero, and he continued to and lead by example through his exit from Intero in 2019.

FOR ACCREDITED INVESTORS ONLY. AN INVESTMENT IN THIS OFFERING IS SPECULATIVE AND INVOLVES SIGNIFICANT RISKS.

THIS WEBSITE IS INTENDED ONLY FOR ACCREDITED INVESTORS, AS DEFINED IN RULE 501(a) OF REGULATION D UNDER THE SECURITIES ACT OF 1933, AS AMENDED AND INCLUDING ALL APPLICABLE REGULATIONS, THAT ARE INTERESTED IN POTENTIALLY INVESTING WITH URBAN CATALYST DIRECTLY, AND IS NOT INTENDED FOR ANY PROSPECTIVE INVESTOR THAT IS REPRESENTED BY AN INVESTMENT ADVISOR, REGISTERED REPRESENTATIVE, OR OTHER SIMILARLY LICENSED PERSON THAT IS OR MAY BE ASSISTING YOU IN ANY POTENTIAL INVESTMENT WITH URBAN CATALYST.

THIS WEBSITE CONTENT IS NEITHER AN OFFER TO SELL NOR A SOLICITATION OF AN OFFER TO BUY SECURITIES.  THE OFFERING AND SALE OF INTERESTS IN ANY URBAN CATALYST FUND (“URBAN”) IS BEING MADE ONLY BY DELIVERY OF URBAN’S PRIVATE PLACEMENT MEMORANDUM (“PPM”), CERTAIN ORGANIZATIONAL DOCUMENTS, SUBSCRIPTION AGREEMENT, AND CERTAIN OTHER INFORMATION TO BE MADE AVAILABLE TO INVESTORS (COLLECTIVELY “OPERATING DOCUMENTS”) BY URBAN’S SPONSOR.

PAST PERFORMANCE IN NO GUARANTEE OF FUTURE RESULTS. ALL SECURITIES INVOLVE RISK AND MAY RESULT IN PARTIAL OR TOTAL LOSS. WHILE THE DATA WE USE FROM THIRD PARTIES IS BELIEVED TO BE RELIABLE, WE CANNOT ENSURE THE ACCURACY OR COMPLETENESS OF DATA PROVIDED BY OTHER THIRD PARTIES. NEITHER URBAN CAPITAL NOR ANY OF ITS AFFILIATES PROVIDE TAX ADVICE AND DO NOT REPRESENT IN ANY MANNER THAT THE OUTCOMES DESCRIBED HEREIN WILL RESULT IN ANY PARTICULAR TAX CONSEQUENCE. PROSPECTIVE INVESTORS SHOULD CONFER WITH THEIR PERSONAL TAX ADVISORS REGARDING THE TAX CONSEQUENCES BASED ON THEIR PARTICULAR CIRCUMSTANCES.

THE ABOVE MATERIAL CANNOT BE ALTERED, REVISED, AND/OR MODIFIED WITHOUT THE EXPRESS WRITTEN CONSENT OF URBAN CATALYST.